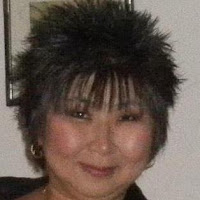 We are currently working on our "Sizzle reel" and tv scripts!
Posted by Indescribable at 2:48 PM No comments:

About the Cook on THE COOK

Kimberly on KISS THE COOK!

Found under a dead body outside of Seoul Korea, Kimberly was rescued by soldiers and adopted into a Jewish, Irish American family. Talk about being culturally confused?!!! Just one of the many influences as to why she cooks cross-cuisine, or as the politically correct like to say "fusion cooking".

Kimberly first learned to love to cook at holiday times with her mother and grandmother. Her "Grammy" cultivated the love of cooking and food, in her younger years. Grammy always said, "The way to anyone's heart is through their stomach."

Kimberly found herself in an "odd man out" situation, of being an only Jewish Korean freshman in a junior/senior dorm, at boarding school. There she was often made the butt of many jokes as the "poor girl" and called awful Asian slang names, and terrible pranks were often pulled on her, because of being different.

One day during study hall, after hearing this request several times, "If someone cooks, I'll buy!" She noticed no one ever offered to cook. One day she responded! Kimberly's rejection had been redeemed. From then on, she was no longer the "black sheep" but now was their favored and protected "cook". And the rest, as they say, is history!

Posted by Indescribable at 2:47 PM 2 comments: